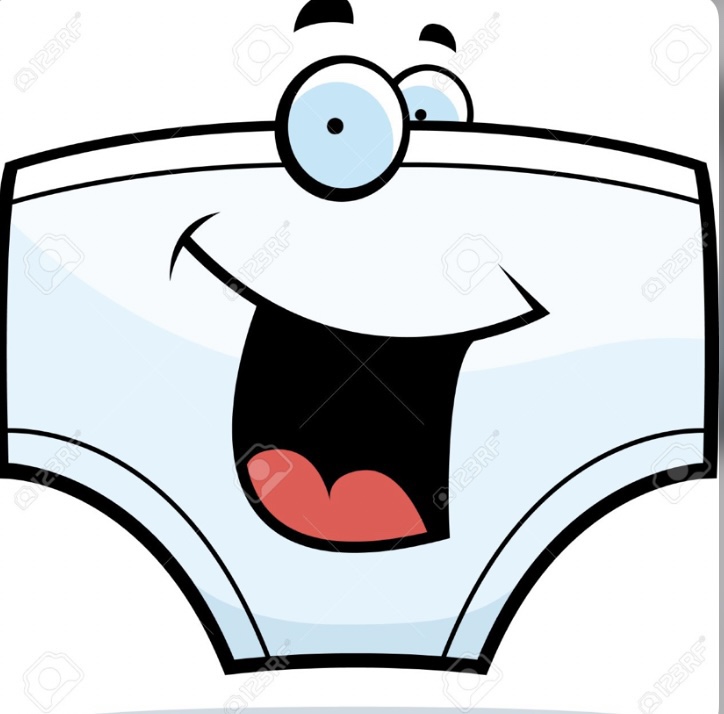 I’m in no way superstitious. Traditionally I walk under ladders all day long, notoriously carry a white lighter in my poker at all times, and find myself more prone to approach a black cat rather than any other stray animal I may see on the streets. I’ve never really bought into all the hype behind the superstitious. Except for when it came to my underwear.

Even now I’m still skeptical about my lucky underwear, but I’ve found myself stumbling across good luck after good karma over and over again strictly when I wear two specific underwear. Call it whatever you want but it’s the one and only superstition I believe in. One of my lucky underwear I left back home in my box to save with all my sports stuff and I pray it’s still there. I wore that underwear in high school as frequently as my mom could do my laundry. I wore them every game for my senior year of football and we went undefeated. I wore them every couple of games during basketball and had some of my best games, almost averaging a double double when I wore that underwear. Those were my first pair of lucky underwear.

It was the only superstition I had at the time. It almost felt like it wasn’t just a superstition anymore but more like a fact. The only time I ever seemed to excel was when I was wearing my red knock off Under Armor spandex my mom bought at TJ Maxx. Little did I know those gems I wore under all my clothes were like the shoes from Like Mike and elevated my skills to a whole other level every time I had them on.

I called it quits with that underwear while I was ahead. They gave me more than I could have ever asked for and I was in no way going to push their luck any further. Just after I graduated I hung up my cleats and my basketball shoes and hung up my red underwear with them. I felt like it was the end of a chapter in my life.

Now here in a new city I’ve found a new pair of underwear that has given me this newfound luck. I got this care package from my Aunt about a week after I moved down here and it was filled with some socks and a fresh new pack of three Lucky Brand underwear. I wore them all instantly, mostly because I was in dire need of them. On that last day, when I finally wore that gray pair of underwear, my luck seemed to start going my way again.

I wore them every Saturday night or anytime I had a new date with someone to find out if these were truly my new lucky underwear. When they were freshly washed of course, I always washed them after I wore them. Every time I wore them out I somehow found myself lucky enough to share a night with a friend. Those times I wore them my night didn’t end with a kiss goodbye or simply a “…maybe I’ll see you again.” They ended with us tangled together in my sheets.

Just as my red underwear brought out the best in me it seems like this gray pair of underwear is my new good luck charm. I doubt it had anything to do with how I looked in them or whether or not people could see them, but they always somehow paved our way into a room. Sometimes I think it’s all coincidence that this only happens when I have my gray underwear on. I think it’s the same sort of fake confidence I gave myself when I put on the red underwear before all my big games. It was like this crutch, or like that secret stuff Bugs Bunny pulled out in the original Space Jam. It was something I needed to convince myself of. It’s good luck to give me some sort of confidence when I go out or go on the field.

My underwear, to me, is like my super power. At least that’s how I think of it. In all honesty, I’m as insecure as they come. I question everything I do, I question everything I ever did, and worry that I’ll never be good enough to amount to anything more than just a guy that simply pays his bills. But when I put on one of those pairs of underwear, for some reason, I feel like I’m Superman. I feel invincible. I don’t know what’s different about me or what I do when I wear those underwear but it seems as though that little push of confidence when I finally put them on gives me enough to open all sorts of doors for me to making new friends.