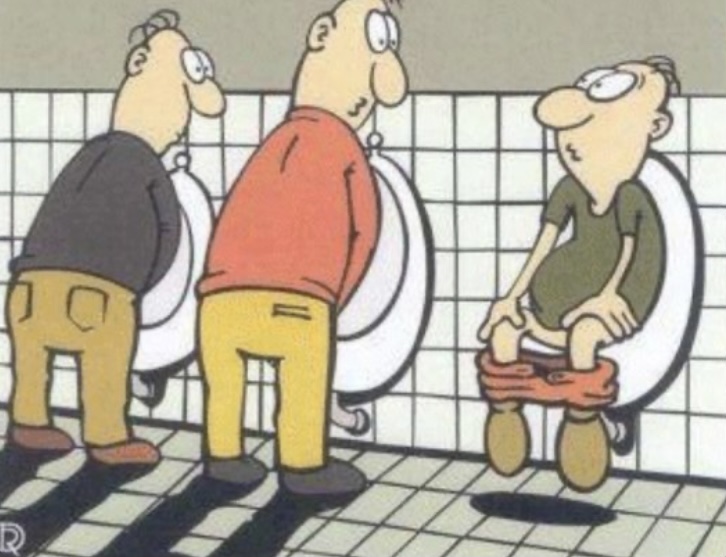 I didn’t get to my last job until maybe six o’ clock. It was well past my eight hour shift and was about the time people I usually get home from work, make myself a drink, and start cooking myself some dinner. I felt terrible intruding on their night presumably doing the exact same thing I usually do. I rang the doorbell, and waited patiently at the door hoping that I wasn’t making anyone get up from the dinner table.

There was a guy right near the front door sitting on the couch watching some tv. It made me feel significantly better knowing that I wasn’t interrupting anything. They were welcoming and were excited for me to get their hot water wired. All of the work that I had to do was either in the basement or outside so I was completely out of their way. I was a ghost as I was working, it was going in and out without bothering them at all. It was as if I wasn’t even there.

The only time I ever saw them was when I had to go outside to see if my wire made it outside or to run to my trunk for a tool I forgot to grab. Aside from that they didn’t know I was there. So much so that while I was in the basement, spread eagle crawling under their floor boards in the basement’s dirt, I found my way under their living room, where they were sitting, and could hear their conversation like I was up there with them.

I say conversation but it really started with some loud talking. Loud enough I could hear them over the music I was basting through my headphones. I could hear the nice couple that was just so welcoming and comforting to me a few moments ago, arguing upstairs. Once I heard there’s voices raise towards each other I paused my music and ease dropped on their entire argument. I wasn’t just entertained by their argument but was honestly so intrigued as to what a married couple had to argue so passionately about.

It was almost simultaneous, as soon as I paused my music I heard the wife yell from through the floor to where I was laying,”Why is it that the bathroom floor is covered in piss every time you leave it.” I bust out a quick laugh before covering my mouth to keep them from hearing me upstairs. I couldn’t believe that was what got her all worked up.

The guy argued back defending himself saying, “It’s from the shake, it goes all over the place.”

Then the wife quickly ended the entire argument, “Well if it’s so hard to control, maybe you should try sitting when you pee because I’m sick of cleaning up your piss.”

I had to go outside for a moment just to get my laugh out. It was starting to hurt keeping inside while I was beneath them. I mean if i could have heard their argument they would definitely have heard me laughing from below their feet. Hearing them argue about that honestly made working so late almost enjoyable.

Not for nothing, all the guy has to do is just wipe down the seat if he misses. I mean how lazy he is.